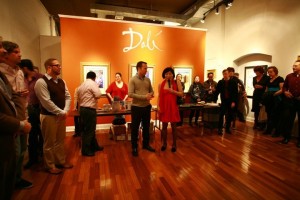 On Nov. 4, nearly a hundred people crowded into the William Bennett Gallery to help me celebrate my 50th birthday and to support the New York Association for Gender Rights Advocacy(NYAGRA) and the Transgender Legal Defense & Education Fund (TLDEF).

Michael Silverman, the executive director of Transgender Legal, and Therese Rodriguez, executive director of the Asian/Pacific Islander Coalition on HIV/AIDS (APICHA) gave speeches, as did I. Folks from APICHA brought sushi, water, soda and juice for the occasion, and we were surrounded by works of art by the great Salvador Dali. 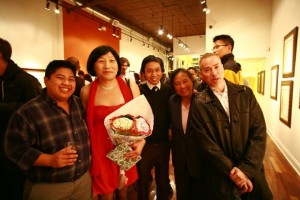 And we sold copies of my new compact disc of piano music, “Barricades Mysterieuses.” In fact, the event became the occasion for the release of the new CD. (For copies of the CD, use the contact page of this website.) 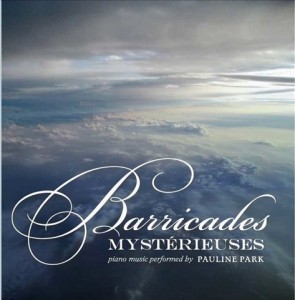 Yanira Arias & Juan David Gastolomendo from the Latino Commission on AIDS (LCOA) as well as Amanda Rosenblum & Stephanie Hsu helped me bring the CDs to the gallery, and Charlie Ober of Queens Pride House helped me bring the unsold CDs back to Queens afterwards. 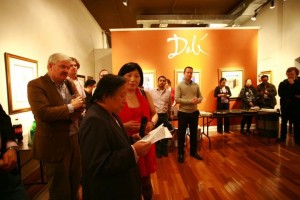 Therese gave a wonderful speech about APICHA and about my work with the organization over the years.
(photo by Dae Kim) 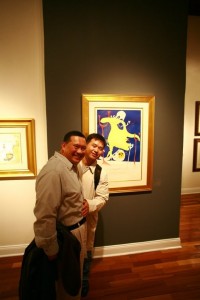 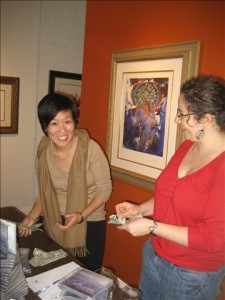 Stephanie Hsu and Amanda Rosenblum handled all the CD sales and donations to NYAGRA and TLDEF. 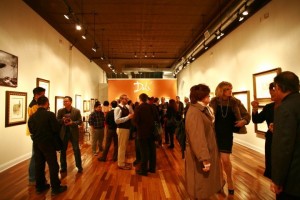 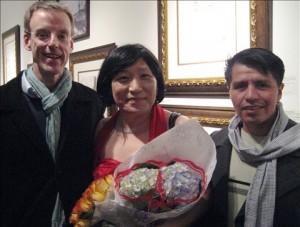 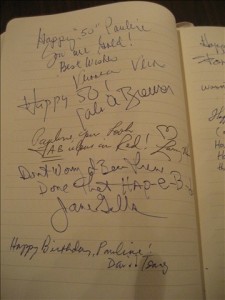 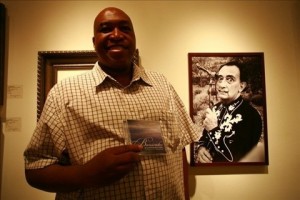 Audie Edwards, secretary of the board of directors of Queens Pride House 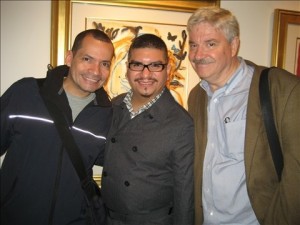 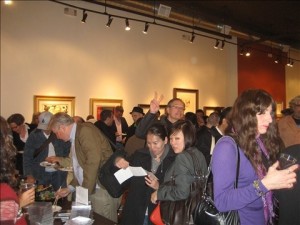 The William Bennett Gallery was full of friends and supporters of NYAGRA & TLDEF.

A panoramic view of the gallery.

Another panoramic view of the gallery. 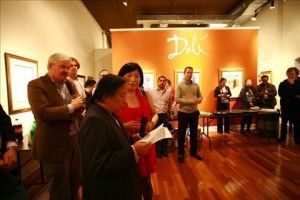 Therese Rodriguez talking about the work of APICHA & Pauline’s involvement with it. 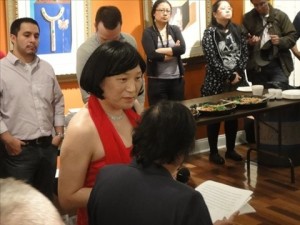 Pauline standing with Therese Rodriguez as she talks about APICHA’s work. 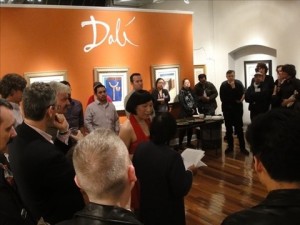 How often do you turn 50…? Only once (at least in my case). Back when I was born, Ike & Mamie were still in the White House; now Barack & Michelle live there. The times they are a-changing~!

Of that 50 years, at least 14 have been devoted to LGBT activism, including advocacy work through the New York Association for Gender Rights Advocacy (NYAGRA) and the Transgender Legal Defense & Education Fund (TLDEF). In lieu of birthday gifts, a contribution to help support the work of these two organizations that have been so much a part of my life for the last decade would be most appreciated. Donations can be made through the New York Charities Bureau of the New York State Attorney General’s Office to either Transgender Legal or NYAGRA.

I hope you’ll make my birthday celebration complete by joining me on November 4~! 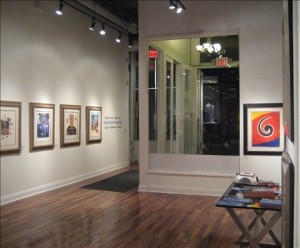