Theodore Roosevelt, Taft-Kaitsura & the Betrayal of the Korean People 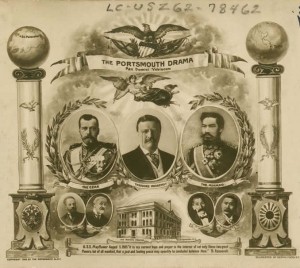 Theodore Roosevelt is to be admired for his ‘trust-busting’ and the founding of the national park system, but against his progressive domestic reforms, one has to weigh his betrayal of the Korean people and his delivery of them into the hands of the Japanese. In that regard, I was struck by this passage in “Korea’s Place in the Sun: A Modern History” by Bruce Cumings (1997), in which he writes,

“Russia recognized Japan’s paramount rights in Korea under the peace treaty signed in 1905, brokered by Theodore Roosevelt in a conference at Portsmouth, New Hampshire, and for which he won the Nobel Peace Prize. Diplomatic notes exchanged between Roosevelt and the Japanese (the Taft-Katsura Agreement) acknowledged a trade-off between the Philippines and Korea: Japan would not question American rights in its colony and the United States would not challenge Japan’s new protectorate. Horace Allen tried to get Roosevelt to prevent the Japanese from taking Korea, but the president paid no attention; if anything, he was much more open to the racist views of George Kennan that we sampled in the preceding chapter. Japan had a ‘free hand in Korea after 1905…” (pp. 141-142).

The Japanese occupation of Korea that began in 1905, ironically enough, would end only with Japan’s defeat by the United States in a war led by Teddy’s cousin, Franklin Delano Roosevelt. Sadly, the tragic consequences of TR’s betrayal of the Korean people with the Taft-Katsura Agreement are still being felt today…