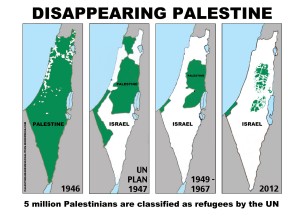 I find one of the most frustrating aspects of the Zionist discourse through which we discuss the Israeli occupation of Palestine the constantly repeated refrain that the Palestinian people must recognize the right of Israel to exist. Significantly, Israeli prime minister Benjamin Netanyahu slips back and forth between and among various formulations of this demand, which is alternatively addressed to the Palestinian people, the Palestinian Authority, Hamas and the Fatah wing of the Palestine Liberation Organization (PLO) with regard to the demand for recognition of the state of Israel.

In his speech to the  2014 policy conference of the America Israel Public Affairs Committee (AIPAC), Netanyahu declared, “Just as Israel is prepared to recognize a Palestinian state, the Palestinians must be prepared to recognize a jewish state. President Abbas, recognize the Jewish state, and in doing so, you would be telling your people, the Palestinians, that while we might have a territorial dispute, the right of the Jewish people to a state of their own is beyond dispute” (“Full Transcript: Prime Minister Netanyahu’s Speech at AIPAC Conference, 2014,” Algemeiner, 4 March 2014).

Here are a few questions for Netanyahu as well as for the Israel lobby and the members of Congress who support this demand in its various formulations:

2) Is this demand that the various entities to whom it is addressed that they must recognize Israel as a state or Israel as a ‘Jewish’ state? Once again, far from a trivial question in both legal and political terms. 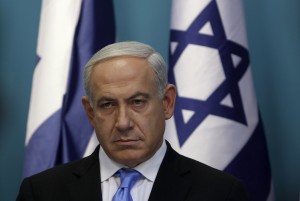 Consider this question for the moment: what have you done as an individual to recognize the right of Bolivia, Botswana or Brunei to exist?  And what have you done to recognize the states of Bolivia, Botswana and Brunei as Bolivian, Botswanan and Bruneien states? If your answer to that question is ‘nothing,’ then you are like every other member of the human race, because individuals do not recognize states and are not required to under international law; in fact, there is no provision for individuals or peoples to do so. It is only states that recognize states. There is also no provision in international law for any individual or peoples to recognize the ethnic, religious, or racial ‘character’ of a state. In fact, states themselves do not recognize the ‘character’ of other states, either, and it is difficult to imagine any way in which even states, let alone individuals or peoples, could be bound under international law to do so, since the character of a state is an internal matter; if anything, what international law says about such matters is that all states are required to protect its citizens’ freedom of speech, assembly, religion and religious expression as well as to protect them from discrimination based on race, ethnicity, religion and national origin.

Clearly, Netanyahu cannot possibly mean that he believes that the legitimacy of Israel as a state or as a Jewish state depends on affirmation of that status by the PA, Fatah or Hamas, nor would any Zionist accept such a notion. Nor could the Israeli prime minister mean that he believes that Israel does not exist as a state until and unless it is recognized as such by the PA, Fatah or Hamas, or some combination thereof, as his very position as head of government would then be in question.

“Israel is a Jewish state because its population is overwhelmingly Jewish, Jewish religious and historical holidays are its national holidays, and Hebrew is its national language. But Israeli demands that Palestinians recognize that Israel has been and remains the national homeland of the Jewish people is intended to require the Palestinians to affirm the legitimacy of Israel’s replacement of Palestine’s Arab population with its own. It also raises Arab fears of continuing differential treatment of Israel’s Arab citizens. Israelis are right to demand that Palestinians recognize the fact of the state of Israel and its legitimacy, which Palestinians in fact did in 1988 and again in 1993. They do not have the right to demand that Palestinians abandon their own national narrative, and the United States should not be party to such a demand,” wrote former national security adviser Zbigniew Brzezinski, former U.S. secretary of defense Frank Carlucci, former chair of the House Foreign Affairs Committee Lee Hamilton, former U.S. trade representative Carla Hills, former under secretary of state for political affairs Thomas Pickering, and Henry Siegman, president of the U.S./Middle East Project (“Stand Firm, John Kerry,” Politico.com, 8 April 2014).

I can think of no justification for the notion that “Israelis are right to demand that Palestinians recognize the fact of the state of Israel and its legitimacy” — for which there is in fact no provision in international law and no precedent, as I have said — but I find it significant that even these foreign policy establishment figures who support that demand reject the demand that Palestinians recognize Israel’s right to exist ‘as a Jewish state.’

As should be clear to anyone with even a passing familiarity with international law, no state’s status as a state depends on recognition by non-state entities. In an international system of states, it is states that recognize other states, not nations, peoples or individuals, much less political parties. And the PA clearly is neither a  sovereign state nor the government of a sovereign state in any meaningful sense; and of course, the Netanyahu government stridently opposed the move by PA President Mahmoud Abbas to go for recognition to the United Nations General Assembly of Palestine as a full member as opposed to merely an observer state.

The state of Israel may be said to exist simply by virtue of its recognition by other states, which is what makes the Israeli government’s demand that the Palestinian people recognize it both irrelevant and absurd. (See, for example, James Crawford, “The Criteria for Statehood in International Law,” British Yearbook of international Law (1976) 48 (1): 93-182.)

In this context, Netanyahu’s demand that various Palestinian entities recognize either Israel’s right to exist as a state and/or as a Jewish state is absurd on its face, as it could not possibly have any legal significance, except perhaps as part of a legal text that would form the basis of a comprehensive settlement of what is conventionally called ‘the Israeli/Palestinian conflict,’ though it is important to point out that such recognition not only is not necessary for such a settlement but in fact may be an actual impediment to it (see, for example, Brzezinsky, et al., cited above).

The only conclusion that any reasonable person could come to is that such a demand is in fact worse than absurd, they are red herrings that the Israeli government and the Israel lobby constantly raise in order to obstruct any possible negotiations with the Palestinian Authority — itself deeply complicit in Israeli occupation and apartheid.

It is in the context of the ‘Judaizing’ of Israel that the demand that the Palestinian people must recognize the right of Israel to exist must be understood. Hence the demand that the Palestinian people — either through the Palestinian Authority and/or the Hamas-led government based in the Gaza Strip  — recognize either the right of Israel to exist as a state and/or as a Jewish state has no basis in international law and, as I have said, there is in fact no precedent in international law for any such recognition. The latest version of the demand is in fact contradictory and even incoherent on its face: how would the Palestinian people — divided not only between the portions of the West Bank nominally governed by the Fatah faction of the PLO and Hamas in Gaza, neither of which have any authority over the much larger Palestinian diaspora outside of the occupied territories — recognize as a ‘Jewish state’ much less ‘the Jewish state’ an Israeli state which in fact does not even represent the entirety of the Jewish people, more than half of whom live outside the boundaries of the territory governed by that state?

Since it is states that recognize  other states, the vehicle for the recognition of the state of Israel by the Palestinian people could only be a fully sovereign Palestinian state, which of course does not exist precisely because of the refusal of the government of the state of Israel to recognize the legitimacy of any such entity or to allow it to come into being. Nowhere in international law is there an obligation on the part of a subject people living in an occupied territory to recognize the legitimacy of an illegal occupation to which they are subject, nor could there be, because the status of the occupation itself is extra-legal. 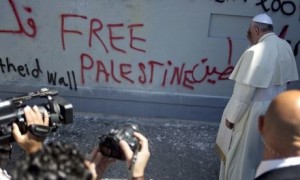 Clearly, neither the Palestinian people, their elected representatives, nor the international community have any obligation to recognize institutionalized discrimination ethnic cleansing and apartheid as legitimate; that demand should be rejected by all states and parties out of hand — including the United States. Quite the contrary: the Palestinian people and their elected representatives have a positive obligation under international law to reject the Israeli demand and any such recognition by Fatah, Hamas and/or the PA could be interpreted as constituting an indictment of them as complicit in an illegal apartheid regime under the clear terms of international law governing foreign occupation, ethnic cleansing and apartheid. 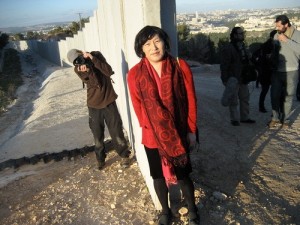 Pauline Park did her Ph.D. in political science at the University of Illinois at Urbana-Champaign and participated in the first US LGBTQ delegation to Palestine in 2012.