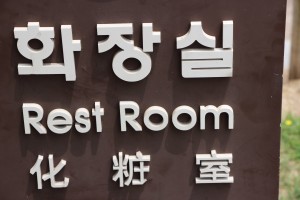 North Carolina’s enactment of House Bill 2 and the response from the administration of Barack Obama have made transgender rights and public restroom usage front-page news across the country. In the wake of HB2, Christian fundamentalists have tried to organize a boycott of Target after the national retailer made a public statement about its policy supporting transgendered people in using the gendered restroom consistent with their gender identity. Lt. Gov. Dan Patrick of Texas has gone so far as to say that the bathroom issue “is the biggest issue facing families and schools in America since prayer was taken out of public schools” (Caitlin Emma, “Obama transgender edict incites the right,” Politico, 5.13.16). “As a voter turnout tool for conservatives, this could be the new gay marriage,” writes Kevin Drum (Kevin Drum, “Transgender Bathrooms Might be the New Gay Marriage for Conservatives” (Mother Jones, 5.13.16). And isn’t that the point? Following the US Supreme Court rulings striking down the Defense of Marriage Act (DOMA) in part and then in whole, the only obvious ‘family values’ wedge issue to latch onto is transgender inclusion, given the increasing acceptance of non-transgendered lesbian, gay and bisexual (LGB) people in American society.

But the political context in which the new bathroom war is taking place is the twilight of the administration of Barack Obama, eager to create some sort of historic legacy. The real opportunity to do so came in Obama’s first term, when he had a Democratic Senate and House of Representatives to work with until he handed both houses of Congress to the Republicans in the mid-term elections in 2010. What LGBT activists cheering Obama’s recent executive actions either have forgotten or conveniently failed to mention is the fact that he refused even to lift a finger to push the Employment Non-Discrimination Act (ENDA) through Congress, instead apparently taking the advice of the Human Rights Campaign (HRC) in focusing on repealing the ‘Don’t Ask, Don’t Tell’ policy of discrimination signed into law by Bill Clinton, who also signed DOMA into law. Still better than ENDA, Obama could have pushed through an amendment to the 1974 Civil Rights Act or similar legislation that would have prohibited discrimination based on gender identity and expression in employment, housing, public accommodations, health care, education and credit. For whatever reason, Obama refused to consider any non-discrimination legislation once he signed the DADT repeal bill into law, which only ended discrimination based on sexual orientation, not gender identity or expression.

With Hillary Clinton his chosen heir apparent, Obama now has less than eight months left in office, and as the lamest of lame ducks and facing a hostile Congress controlled by Republicans, his options are limited to executive action, since no LGBT rights legislation would have any chance of passage this year. LGBT advocacy organizations are praising the president for what they characterize or at least would like to believe are bold and courageous actions (National Center for Transgender Equality, “Department of Education affirms critical protections for trans students,” 5.13.16), but the time for bold action was in 2009 and 2010 when LGBT rights legislation had a decent chance of passage in Congress (Sam Levin, “Obama orders public schools to allow transgender students access to restrooms,” Guardian, 5.12.16). Here are a few important points to keep in mind when thinking about this whole brouhaha:

o The new guidelines (Ann Whalen and David Esquith, “Examples of Policies and Emerging Practices for Supporting Transgender Students“) are introduced with a cover letter from Catherine E. Lhamon of the US Department of Education and Vanita Gupta of the US Department of Justice  (“Dear Colleague Letter on Transgender Students,” 5.13.16). They guidelines focuse on compliance with Title IX of the Education Amendments of 1972 and reference similar guidelines adopted by states and localities, including those adopted by the State of New York Department of Education (NYSED) guidelines for implementation of the Dignity for All Students Act of 2011.

o While they may be helpful in advising schools on transgender inclusion, the guidelines are intended d have no binding legal force; the only way to enforce these guidelines would be by withholding or threatening to withhold federal funds to school districts, localities and/or states to refuse or fail to abide by them.

0 The letter is clearly an interpretation of the provisions of Title IX that can be overturned by any of Obama’s successors and does not have the force of statute law.

0 There is no significant federal case law on the interpretation of ‘sex’ in Title IX to include gender identity and expression in the expansive manner in which the March 13 letter speaks; the risk of being overturned in court is not insignificant, given that courts general hew closely to legislative intent and it would be difficult to argue that there was transgender-specific legislative intent in the drafting of Title IX.

o Women’s safety is an important issue but has nothing to do directly with gendered restroom usage; it’s probably the case that most sexual predators are conventionally gendered (‘cisgendered’) heterosexual men; opponents of transgender rights are simply using the legitimate issue of women’s safety to undermine the safety of transgendered women & men.

o There are already laws in every state and locality in the United  States prohibiting assault and sexual assault; no transgender-inclusive statute, regulation, rule or guideline would do anything to undermine such laws.

o HB2 is based on restricting public restrooms to assigned birth sex and gender, but there is actually no way to determine conclusively what that might be in every case; the reference to birth certificates is particularly curious, because many states and localities now allow transgendered people to change the legal sex designation on their birth certificates. HB2 and similar laws are unenforceable, as they would require police and/or specially designated and authorized security guards posted at every public restroom door in the state, which would be completely unaffordable even if most states were not currently suffering significant budget deficits. Nor could policy or security guards actually demand production of a birth certificate, given Americans do not regularly carry their birth certificates with them wherever they go. Obviously, a genital check would be invasive and non-transgendered people would certainly object to being subjected to it.

o The reality is that transgendered people who ‘pass’ in the gender they identify with will rarely have problems with public restrooms while those who do not ‘pass’ will have problems even if they are post-operative and have changed the legal sex designation on their birth certificate and other government-issued identity documents.

o Public restrooms should not be an issue at all, since the only legal question of any significance here is what is referred to as ‘unavoidable nudity in sex-segregated facilities,’ which can involve public gyms, pools, showers and locker rooms but simply does not involve restrooms.

o Public restrooms are actually not regulated by statute law in most states and localities; North Carolina’s HB2, far from being ‘traditional,’ is in fact a radical break in this regard.

o The ‘bathroom panic’ here is entirely irrational because it is focused almost entirely on women’s restrooms, which have stalls but not urinals; ordinarily, there is no public nudity at all.

o There are more and more single-user restrooms and ‘family’ restrooms in the US, especially in airports, which are leading the way in this regard.

I’ll finish by telling a story from my own experience. Several years ago, I went to the Museum of Modern Art to see a film with a friend. After the film, he went to the men’s room and I went to the women’s room. I was standing in a line behind three other women, waiting for one of three stalls (women will understand that there is almost always a longer line in the ladies’ room) when a woman opened the door to the women’s room and pushed an old man in a wheelchair in, going directly to the wheelchair-accessible stall and closing the stall behind them. I do not know what the woman’s relationship to the man was; was she his wife, sister, daughter or professional caretaker? Both were white and the man was very aged and frail. I was shocked that one of the women in line in front of me clucked in disapproval to another woman in line; the lack of compassion for this frail old man was really appalling. Did this woman think it would be any less awkward for the old man and her female companion to use the men’s room, with the woman having to pass men at the urinals?

Pauline Park, Ph.D., is chair of the New York Association for Gender Rights Advocacy (NYAGRA); she led the campaign for the transgender rights law enacted by the New York City Council in 2002; she also participated in the working group convened by the New York City Commission on Human Rights that drafted guidelines for implementation of the statute.  Park was a member of the steering committee that led the campaign for enactment of the Dignity for All Students Act (DASA) and negotiated inclusion of gender identity and expression in that legislation, the first transgender-inclusive legislation enacted by the New York state legislation when it was signed into law in 2011.