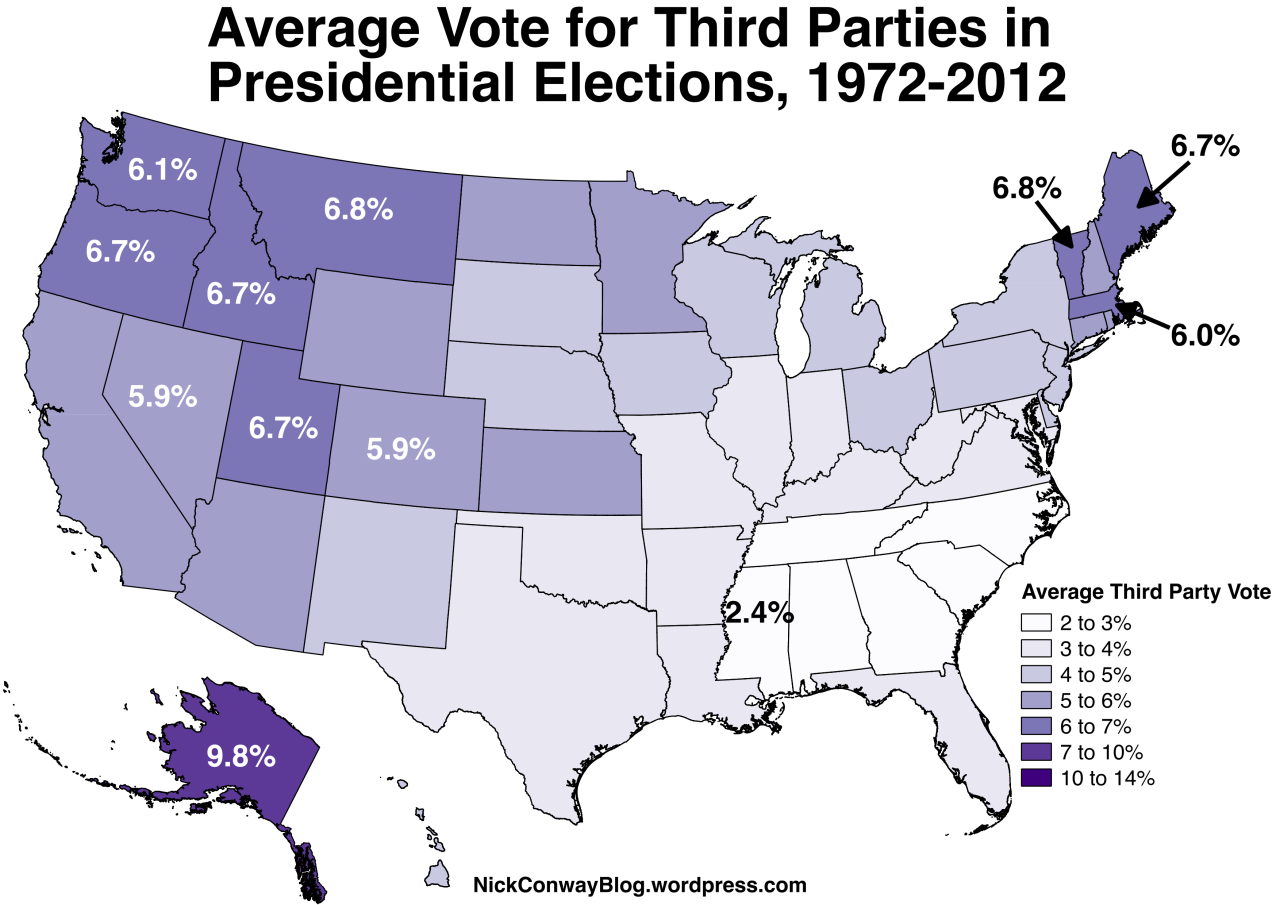 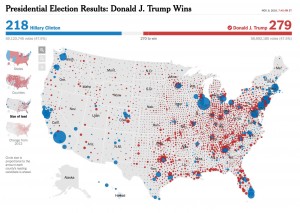 Hillary Clinton & the blame game: why Jill Stein had nothing to do with Donald Trump’s electoral college majority
by Pauline Park

Hillary Clinton may have won the popular vote by the narrowest of margins, but Donald Trump won an electoral college majority in the 2016 presidential election, which has prompted howls of outrage and despair from Democrats who are looking for anyone to blame but themselves and their candidate for her shocking loss, an outcome that was so unexpected that it stunned the country and the world.

But rather than acknowledge Hillary’s faults and the enormous mistakes she made as a candidate, her supporters, including Democratic National Committee (DNC) staff and campaign aides, seem determined to blame everyone else in sight, misdirecting their anger at those who had nothing to do with Trump’s victory. Steve Benen’s Nov. 9 ‘report’ for the Rachel Maddow Show is a perfect case in point. In “Third-party voters played a key role in election results” (MSNBC.com), Benen writes, “In Florida, Hillary Clinton lost by about 1.4% of the vote – but if Jill Stein’s supporters and half of Gary Johnson’s backers had voted Democratic, Trump would have lost the state. Benen then goes on to make similar assertions about Pennsylvania, Wisconsin and Michigan, acknowledging that third party votes did not exceed the margin of Trump’s victory in North Carolina, Ohio and Iowa. But Benen nonetheless concludes that “in Florida, Pennsylvania, Wisconsin and Michigan, third-party voters had an enormous, Nader-like impact – had those states gone the other way, Clinton would be president-elect today, not Trump.”

First, it has to be pointed out that the claim that Ralph Nader threw Florida and the 2000 election to George W. Bush has been comprehensively discredited (Irene Dieter, California Green Party, “Dispelling the Myth of Election 2000: Did Made Cost Gore the Election?“). So even the reference to the ‘Nader-like impact’ is misleading and shows both the author’s bias and his lack of understanding of the 2000 election. Benen’s screed is entirely without merit, an argument based on baseless assumptions that collapses upon even the most casual scrutiny. But let’s just say for the sake of argument this nonsense posted to a site widely understood to be run by partisan Democrats should be taken seriously. 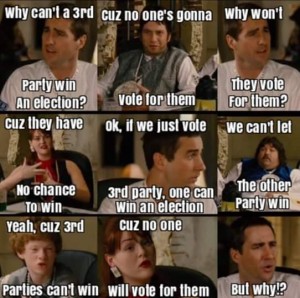 First, the way Benen’s argument is couched in the conditional: ‘if, then.’ Well, if 25% of Hillary’s voters had voted for Trump, he’d have a clear popular vote majority & an electoral college landslide; but would they have? This ‘reporter’ (possibly a paid agent of the Clinton campaign) offers no evidence whatsoever such as exit polling data that the voters who voted for Jill Stein and Gary Johnson would have chosen Hillary over Trump if they hadn’t voted for the Green and Libertarian Party candidates. Almost none of the friends I know who voted for Jill Stein would have voted for Hillary and I would never have voted for Hillary under any circumstances, so my vote wasn’t a vote ‘taken’ from her in any sense. Now let’s talk about the people who voted for Gary Johnson: is this author seriously suggesting that Johnson’s libertarian politics and isolationist foreign policy orientation is closer to Hillary’s than to Trump’s? Who thinks that? Not Gary Johnson voters, I am sure. The conditional tense allows us to say anything we want, including to make fantastical counterfactual statements, such as, “If I were born in 35 BCE, I could have met Cleopatra in person.” Or to quote my favorite British expression, “If my grandmother had wheels, she’d be an omnibus.” And that is exactly what this silly piece is: purely speculative. If several million Hillary voters had instead voted for Jill Stein, she might have reached 5% nationally and gotten federal funds for the Green Party. But would they have? The absurd assumption here is that all third party voters were teetering between Hillary Clinton and either Johnson or Stein – an assumption not only unproven in this piece, but simply asserted without any evidence whatsoever.

So once again, this is nothing but another attempt to scapegoat those who voted for Jill Stein and Gary Johnson for Trump’s election. Benen’s screed is part of the blame game that Hillary Clinton supporters are playing to try to absolve themselves and their candidate for her failure to win a majority of electoral votes on Tuesday. Why not actually assign blame to Hillary herself for being so ineffective a candidate that she failed to persuade these Stein and Johnson voters to vote for her…? “The fact is, Clinton lost because of overall voter turnout, down nearly 7 million. she lost because she failed to capture the African American vote, the Latino vote, or the young vote, at the levels which Obama had in 2012,” writes Dan Arel (“Don’t blame third parties for Clinton’s loss, blame Democrats who didn’t vote,” Patheos.com, 11 November 2016).

Only about 107,000 votes in just three key states – Wisconsin, Michigan and Pennsylvania – separated Trump from Clinton nationally and gave the Republican nominee a majority in the electoral college. It is not so much that Trump voters came out of the woodwork to vote for the Republican nominee but that Democrats failed to show up in the numbers they did for Obama in 2008 and 2012; had Hillary simply won the states that Obama won in 2008 or in 2012, she would have had a modest landslide in the electoral college like he did.

Hillary fell over 75,000 votes short of Barack Obama’s totals in two key counties in three of the key swing states: in Milwaukee County  and Wayne County; had she gotten 75,000 more votes in Milwaukee and Detroit, she would have won Wisconsin and Michigan; another 100,000 in Pennsylvania and she would have won that state.  With 10 electoral votes from Wisconsin, Hillary’s 228 electoral vote total would have gone up from 228 to 238; with 16 more from Michigan, her total would have gone up to 254; and with another 20 from Pennsylvania, she would have reached 274, four more than the 270 she would have needed to get a majority in the electoral college. It was the ‘enthusiasm gap,’ not Jill Stein or Gary Johnson, that accounts for Hillary’s failure to reach 270. When unbiased historians write the history of the 2016 election, I seriously doubt they will be blaming Jill Stein and Gary Johnson for Hillary Clinton’s failure to win a majority of electoral college votes. But if Democrats continue to wallow in self-pity and play this divisive and pernicious blame game, they are only making it more likely that they will lose future presidential elections.

Pauline Park is an LGBT activist based in New York; she did a Ph.D. in political science at the University of Illinois at Urbana-Champaign and has written widely on politics and policy. 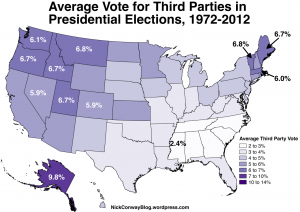