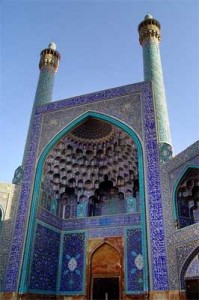 Think “Islam and homosexuality.” The mind immediately conjures up images of a gay man in Iran being stoned to death by an angry mob while an imam fulminates against the abomination of men who lie with men and women who lie with women. Such images capture part of the reality, but they also render invisible the lives of queer Muslims and the complexity of their struggle.

Certainly, human rights organizations such as Amnesty International and the International Gay & Lesbian Human Rights Commission have amply documented the horrendous record of human rights abuses against queer people in Muslim countries. Honan, the exiled Iranian gay rights group, has estimated that over 4,000 lesbians and gay men have been executed — some stoned to death, others burned alive — since the Iranian Revolution in 1979. Since the Taliban took power in Afghanistan last year, scores of accused homosexuals have apparently been killed by having brick walls
collapse on them or by being thrown from tall buildings or mountaintops. But behind the veil of clichéd images of Islamic fundamentalism, a movement for lesbian, gay, bisexual, transgendered, and questioning (LGBTQ) Muslims is beginning to coalesce.

The Al-Fatiha Foundation convened the First North American Conference for LGBTQ Muslims and Friends, “Creating a Community,” here in New York Memorial Day weekend. Conference participants demonstrated the geographic and demographic diversity of the queer Muslim community, with blond-haired and blue-eyed European Americans mingling with olive-skinned Americans and Europeans of Arab and South Asian descent. Among the 60 or so attendees, there were practicing Muslims, including recent converts, non-observant individuals raised Muslim but alienated from their faith, as well as representatives of other faiths.

Al-Fatiha is an international organization founded in 1997 to provide a safe space for LGBTQ Muslims to share individual experiences and institutional resources, and help them reconcile their sexual orientation and/or gender identity with their faith. This last task is not made easy by passages in the Quran that seem to contain explicit proscriptions against homosexuality and cross-dressing. Interpreting such Quranic passages was the subject of a rather intense debate at the conference. Even Al-Fatiha’s founder, Faisal Alam, admits that he himself has not fully reconciled his sexuality and his faith.

“But when you face God and the Prophet on the day of judgment, the first question he’ll ask is not whether you are gay or how many sex partners you had, but did you believe in me?” Alam declared. “Male homosexuality in the Quran is conceptualized in heterosexual terms, and those Quranic proscriptions on homosexuality can be understood in the patriarchal context in which they were conceived,” Dr. Ghazala Anwar argued, “hence women and gay men have common cause in a feminist re-interpretation of Islam.”

Anwar was critical of the selective way in which fundamentalist governments had implemented traditional Islamic law. “Under sharia law, due process requires that four males witness anal penetration in order to make it subject to prosecution, which would make it practically impossible to prove,” Anwar said. “But in the contemporary Muslim world, people have forgotten about such provisions for due process.” Anwar also noted that the punishment of stoning someone to death was derived from sharia law and is not mentioned in the Quran itself. Anwar said that both Islamic fundamentalists and progressives were selective in quoting from the Quran on the subject of homosexuality and transgender, and that both had to develop a more rigorous methodology for interpreting scripture.

On a panel on interfaith perspectives on homosexuality, Will Berger, representing Dignity (the organization for LGBT Catholics), challenged literal interpretations of scripture. “Sometimes we just have to say that scripture is wrong,” he argued, citing the example of the Biblical justification of slavery. The panel found consensus on the need to recognize the full humanity of those in the religious Right opposed to LGBT equality. “Love well those who are your enemies right now, because in a few years, they will be your friends,” urged Dr. Louie Crew, who 25 years ago founded Integrity for lesbian and gay Episcopalians and described the progress the group has made since then. “A victory that diminishes your enemy is no victory.”

On a panel on the progressive interfaith movement, Surina Khan, a research analyst at Political Research Associates who studies authoritarian and racists movements in the U.S. said, “We need to be careful not to demonize the followers in [the religious right] movement, most of whom are sincere.” Khan suggested that the movement’s leaders were manipulating their followers.

A discussion on the merits of establishing a gay mosque sparked lively debate across a number of faiths represented. Donald Maher of the Spiritual Rainbow talked of the need to minister to lesbian and gay Catholics within the church, while Berger of Dignity and Rabbi Robert Young of Congregation Beth Simchat Torah spoke enthusiastically about the special energy that comes from having an LGBT-specific worship space. Rabbi Steven Greenberg, the first openly gay Orthodox rabbi, described the work of the Jerusalem Open House, an LGBT community center that seeks to meet the needs of Muslim and Christian Arabs as well as Jews.

More informal and intimate discussion sessions also addressed the lives of queer Muslims in the US and abroad. In a women’s discussion group, for example, one young Pakistani-born lesbian told of how she was pursuing a master’s degree in part because she needed an excuse to avoid being married, and said only half in jest that she would probably end up with a Ph.D. A first-generation immigrant mother expressed the need for a Muslim P-FLAG because non-Muslim parents could not fully understand the religious and cultural context in which she was struggling to be supportive
of her transsexual daughter’s transition. A transgendered Irish Catholic convert to Islam told of his concern for his children should his involvement with a queer Muslim group become known in his small Muslim community in Florida. On a more hopeful note, an African American lesbian told of how she had found a progressive mosque in New Jersey in which she could be “out” even to the female imam.

In Arabic, Al-Fatiha means “the Opening,” and refers to the opening passage of the Quran; but the organization’s name may refer to a different kind of opening as well, expressing the hope that Al-Fatiha may begin to open the heart of Islam to lesbian, gay, bisexual, and transgendered Muslims
everywhere. 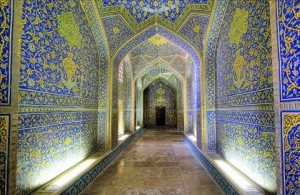