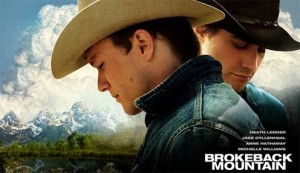 Henry David Thoreau might well have been thinking of Ennis Del Mar and Jack Twist when he wrote that “the mass of men lead lives of quiet desperation.” While Thoreau’s “Walden” long predates Annie Proulx’s “Brokeback Mountain” short story and the Ang Lee film based on it, the transcendentalist philosopher’s magnum opus remains as relevant today as was published in 1854.

Much of the comment about the film, just released on DVD, has focused on its transgressive love story. But if “Brokeback” speaks powerfully to gay and non-gay audiences alike, it is because the film not only articulates the tragedy of true love constrained and ultimately defeated by homophobia, but also speaks to the tragedy of life not truly lived.

Thoreau could have been describing the “Brokeback” Wyoming of the 1960s when he wrote, “The surface of the earth is soft and impressible by the feet of men; and so with the paths which the mind travels. How worn and dusty, then, must be the highways of the world, how deep the ruts of tradition and conformity!” 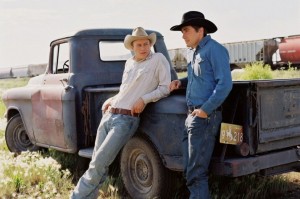 Jack attempts to persuade Ennis to climb out of the rut of heteronormative expectations in rural Wyoming, but Ennis is traumatized by a childhood episode in which his father took him and his brother to see a dead gay man who was tortured and beaten to death for having the temerity to live openly with another man.

So Ennis’ fear of violence is a realistic one. But in choosing to live his life from a script written by someone else, Ennis is false to himself and to everyone else—and above all, to the one person who loves him for who he truly is. In their final encounter, Jack confronts Ennis with the desperately sad truth that they have wasted their lives in outward conformity and secret transgression. Ennis has settled for mere existence, wasting years in a loveless marriage, unable to overcome his fears. The price of outward conformity to a rigid code of heteronormativity is a slow inward death for both of them. 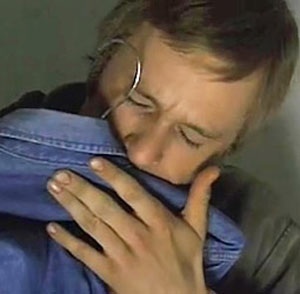 Canonical philosophy may have little appeal to most people, whether LGBT or otherwise. But at its most practical, philosophy poses basic questions that we all face as human beings: What is life and how shall we live it? In “Walden,” Thoreau offers this answer: “I did not wish to take a cabin passage, but rather to go before the mast and on the deck of the world, for there I could best see the moonlight amid the mountains. I do not wish to go below now.” 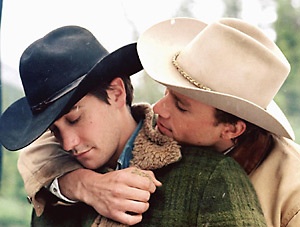 Pauline Park is a member of the Philosophy Forum, a discussion group that meets the second and fourth Sat of each month at The LGBT Center, 208 W 13th St. This article originally appeared in the New York Blade on 17 April 2006; the Blade is now defunct.