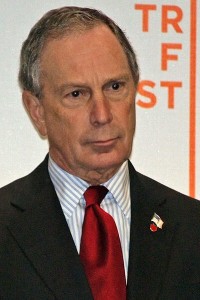 Can there be any doubt that Mayor Michael R. Bloomberg embodies the values of the new plutocracy? Not only is Bloomberg richer than Croesus — Bloomberg’s personal wealth is now estimated at $17 billion with Bloomberg LP valued at $25 billion — Bloomberg is now defending BP, responsible for the greatest environmental disaster in United States history. “The guy that runs BP didn’t exactly go down there and blow up the well,” Bloomberg said on his weekly radio show (as reported by CBS News). “And what’s more, if we want them to fix it and they’re the only ones with the expertise, I think I might wait to assign blame.” Even conservative Republicans who reflexively defend the worst corporate have hesitated to defend BP, whose conscious risk-taking behavior has caused almost incalculable economic damage to the economy of the states on the coast of the Gulf of Mexico as well as environmental damage that may take decades to clean up.

A panel of scientists are now estimating that the oil leak from the Deepwater Horizon since the rig blew up in May 2010 may be releasing 25,000-30,000 barrels of crude oil a day, according to a report in the New York Times. Even BP CEO Tony Hayward has acknowledged BP’s responsibility for the disaster, which makes Bloomberg’s defense of BP so extraordinary.

And yet, Bloomberg’s defense of BP should really surprise no one who has been following his political career as mayor of New York City. Since his election in 2001, Bloomberg has run the country’s largest city as a corporation, favoring big money interests over the needs of the residents of the city, fulfilling the definition of plutocracy — rule by the rich for the rich. 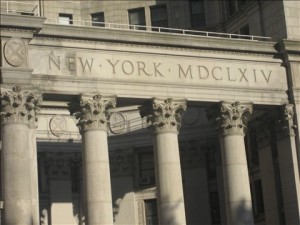 …bought & paid for by the billionaire plutocrat…

The big mistake that so many have made in thinking about Bloomberg is the notion that, because he’s a billionaire, he can’t be corrupted. It’s certainly true that it is difficult to successfully bribe a billionaire; but the reality is that Bloomberg himself has used his own wealth to gain power and wield it in the interests of the city’s corporate elite, and so Bloomberg himself is the source of the corrupting influence of the Bloomberg administration.