I was asked to speak on spirituality and the transgender community. It seems to me that the connection is an intimate one, far closer than we may realize.

For we as transgendered and gender-variant people lie at the interstices not only of the binary of sex and gender, but also of the binary of the sacred and the profane. In contemporary North American society, we are viewed by some as being — of all people — perhaps the farthest removed from God — at least the God of the Christian fundamentalists. And yet, on this continent a mere three hundred years ago, our forebears, far from being a despised minority, were regarded as intermediaries between heaven and earth, uniquely constituted by their transgendered nature to serve as interlocutors between the human and the divine.

In a cruel irony, the European conquest made transgendered people special targets of prosecution because they were viewed as particularly offensive to Christian strictures — at least as interpreted by conquistadores of the 17th century and other colonizers who followed them. I can well imagine — here on the island that the Algonquin called Manahatta — transgendered shamans exercising a role of spiritual leadership, not only respected but revered by their compatriots. And yet, on this terrain that was to them sacred ground, we now find ourselves cast down from the realm of the sacred to that of the profane.

One of the greatest challenges facing us as we construct a transgender community and catalyze a transgender political movement is to recapture and revivify the sacred in our own nature and then to communicate our most deeply felt spirituality to our contemporaries. We cannot afford to cede the territory of ‘faith and family’ to those who would seek to erase us from the history of this continent. We would make a fatal error, I would suggest, in all too readily falling into a civil libertarian discourse of the ‘separation of church and state,’ conceding religion and spirituality to the most conservative and regressive elements in our society.

Regardless of whether we are People of the Book (Christian, Jewish or Muslim) or profess a non-Western faith — or whether we embrace pre-Christian pagan spiritual traditions — we must work to gain recognition of the validity and integrity of our spiritual lives.  And we must reinscribe ourselves in the narrative histories of our peoples and reclaim our legacy as spiritual beings. 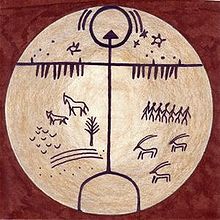 It was an honor for me to address the congregation of the Metropolitan Community Church of New York (MCC-NY) on Stonewall Sunday 2000 as we commemorated the birth of the modern movement for the liberation of lesbian, gay, bisexual and transgendered people. This is the text of my address to the congregation, which was published in the November/December 2001 issue of PersuAsian (Issue 10, “Gay Asian & Pacific Islander Spirituality“), the news magazine of the Gay Asian & Pacific Islander Men of New York (GAPIMNY).