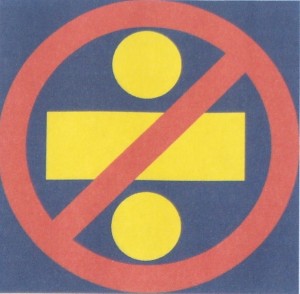 United ENDA says no to the division of the LGBT community.

The Human Rights Campaign’s poll on LGBT opinion regarding the stripped-down, sexual orientation-only Employment Non-Discrimination Act that HRC released on the eve of passage of ENDA in the House of Representatives raised serious questions about the possible manipulation of survey data by HRC to advance its own political agenda.

Now, a team at Hunter College have released the results of a new survey that contradict the HRC poll’s findings that suggested that two thirds (67.7%) of LGBT community members supported stripping gender identity and expression from ENDA. The Hunter survey shows just the opposite:

“When asked about the proposed federal law making it illegal to discriminate against lesbians, gays, and bisexuals in employment, LGBs (by a margin of 60 to 37 percent) said that those seeking to pass the law were wrong to remove protections for transgendered people in order to get the votes necessary for passage in Congress.”

“The Hunter College Poll was funded by a grant from the Human Rights Campaign Foundation,” according to the Hunter team. “Sole control over the design of the study’s questionnaire and analysis of the data were maintained by the study’s investigators. The survey was conducted among those who identified themselves as lesbian, gay or bisexual to Knowledge Networks, which recruits its nationally representative sample of respondents by telephone and administers surveys to them via the Internet. The survey has a margin of error of plus-or-minus 4 percentage points.”

The difference between the two surveys is that HRC controlled the outcome of the one it released in November, whereas the survey conducted by the Hunter team was entirely under the direction and control of academics who were not (unlike HRC) interested parties in the ENDA drama.

I should add by way of disclaimer that I know Kenneth Sherrill, the openly gay political scientist who led the Hunter team. While we’re not close personal friends (I haven’t seen him for years, in fact), we have always been on friendly terms, and I have the utmost respect for his scholarship.

I should also add that the Hunter poll found that 59% considered “enacting employment non-discrimination laws” to be ‘extremely important,’ while only 36% regarded ‘transgender rights’ as such — the same percentage who considered “ending the military’s ban on being openly gay” as being ‘extremely important.’ But the fact that the Hunter team found that 60.5% of LGB people surveyed said that “It was wrong to remove the protections for transgendered people even if this makes it easier for the bill to pass this year” will further undermine the credibility of the HRC poll released in November, as well as the credibility of HRC itself.

Interestingly enough, as with the original HRC poll, the new survey is nowhere to be found on the HRC website or on ‘HRC Back Story,’ the HRC blog. Perhaps it’s simply too embarassing for HRC to admit that they manipulated survey data to justify the exclusion of transgendered people from ENDA.

On Wednesday (Dec. 5), HRC will be holding a public forum on the ENDA issue at the LGBT Community Center in Manhattan. The forum begins at 6:30 p.m., and I will be there. I will be very interested to hear how the HRC representatives explain their betrayal of their own promise never to support a non-transgender-inclusive ENDA bill.

This originally appeared as a blog post on VisibleVote08.com on 12.3.07.