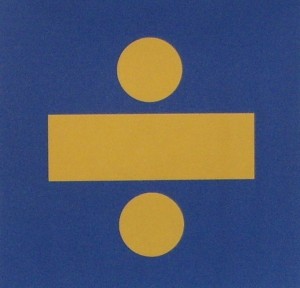 HRC offers the politics of division.

What’s the point of damage control if it only compounds the damage?

That’s the question I asked myself after last night’s community forum at the LGBT Community Center of New York City sponsored by the Human Rights Campaign. The forum on the Employment Non-Discrimination Act that passed the U.S. House of Representatives on Nov. 7 drew nearly 100 people, including a substantial number of transgendered people as well as non-transgendered lesbian, gay, and bisexual community members. But despite the demographic diversity of the audience, there was unanimity regarding the HRC and its betrayal of transgendered people in supporting the stripped-down, sexual orientation-only version of ENDA that passed the House with the support of HRC and over the opposition of United ENDA, a coalition of more than 360 national, state, and local LGBT organizations from throughout the country.

David Smith and Sultan Shakir represented HRC, though the former did almost all the talking, the latter responding to only one question towards the end of the event. But if Smith was offering the party line on HRC’s machinations, no one in the audience was buying it; quite the contrary. The open rejection of HRC’s explanation of its actions in the drama that engulfed ENDA from late September until its passage in early November was apparent both from the comments from the audience and from conversations afterwards with audience members. Speaker after speaker came forward to castigate HRC for its betrayal of the promise that its president (Joe Solmonese) had made at a transgender conference earlier this year that HRC would never support an ENDA without gender identity or expression. Smith told the audience at the Center last night that Solmonese had simply “misspoke” when he described HRC’s position on ENDA. But Solmonese made his comments at Southern Comfort in September, and only now is HRC’s communications director disavowing those comments.

HRC has lost whatever credibility it may have had in the transgender community as a result of the debacle over ENDA that it helped engineer, but the organization will not recover any of that credibility until its staff and board begin an honest dialogue with other members of the community that HRC betrayed. HRC must first admit the obvious — that the organization made a concrete promise and then broke it, and more important, that it did so out of a selfish regard for its own proximity to power. The moment of truth came in the first week of November, when HRC was faced with a clear choice: to stand on principle with the rest of the organized LGBT community, as represented by United ENDA, or to value its own relations with people in power over the principle of transgender equality under law.

If one is to judge from last night’s forum here in New York, the ‘listening tour’ that David Smith and other senior and junior HRC staff have now embarked on will not bear fruit, because HRC seems incapable of offering anything but double-speak and spin. The comments from Smith were dripping with condescension and disdain for members of the audience and members of the LGBT community more generally. The attitude seemed to be that only HRC knows how to do legislation. As someone who has actually led a successful legislative campaign at the local level and who has participated in several legislative campaigns both at the city and state level here in New York, know how difficult legislative work is and how difficult it is to work with self-interested politicians.