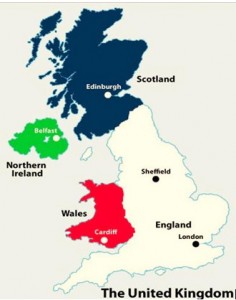 “Would a BBC interviewer be willing to hand over half of Britain to people who made a habit of killing Britons? That was the question Habayit Hayehudi chairman Naftali Bennett posed on BBC’s ‘Hard Talk’ on Tuesday, when interviewer Stephen Sackur asked about Bennett’s objection to granting Palestinians sovereignty,” Ha’aretz is reporting (“Bennett to BBC: Would  you hand over half of Britain?,” Ha’aretz, 25 February 2014). 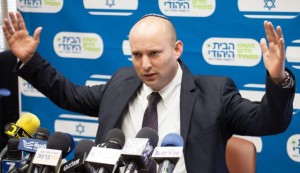 Bennett’s question makes clear that he’s either entirely ignorant of British history or willfully unable to see the irony of his ridiculous query. (I won’t even get into the whole history of British Mandate Palestine here and the Balfour Declaration and the irony of an Israeli government minister challenging a BBC reporter on whether he’d give up half the United Kingdom, given that it was British imperialism that indirectly led to the creation of the state of Israel.) 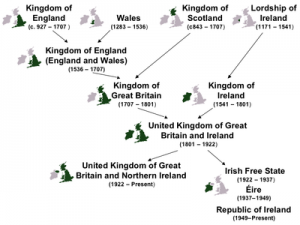 There is in fact an active movement aiming at Scottish independence from the United Kingdom, which was formalized a century after James VI of Scotland inherited the English throne from Elizabeth Tudor based on arcane rules of dynastic succession — and only after the execution of his mother (Mary, Queen of Scots) after 19 years of imprisonment in various English castles. Wales, on the other hand, was a Celtic country conquered by force of arms by the English in the 13th century and therefore much closer to an analogy with the Palestinian West Bank and East Jerusalem, which were seized by force of arms by Israel in the Six-Day War in 1967. 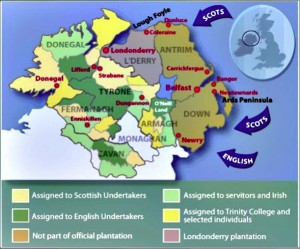 Actually, the most interesting parallel between Israel/Palestine and the UK is with Northern Ireland, which was settled by Protestants under James I of England (James VI of Scotland); the Ulster Plantation led to a long and tragic history for the province; but unlike in Palestine, there seems to be a tentative peace settlement that might actually hold. If Israel’s leaders only showed the foresight and the courage to reach a comprehensive peace settlement, Palestinians could live in peace and freedom side by side with Israelis, whose security can only be secured through the liberation of the Palestinian people~! 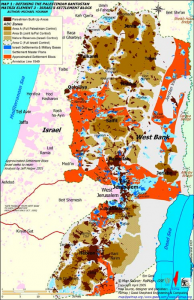