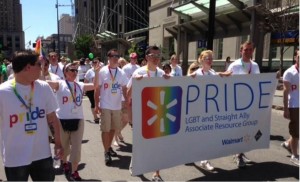 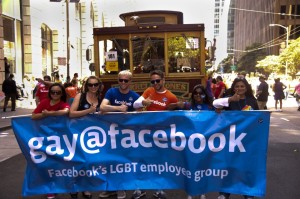 I don’t mean to denigrate the hard-working people who organize these LGBT affinity groups to march in the NYC Pride March and other pride parades in the city and around the country; many of them are doing pioneering work in opening up corporations to LGBT employees. That work is especially important for transgendered people seeking to transition on the job, particularly for those seeking coverage for gender transition-related procedures. And the fact that the Fortune 500 are ahead of most state and local governments can be useful in prodding legislatures and executives to move forward with LGBT non-discrimination legislation. 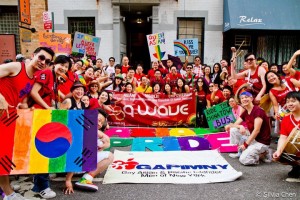 That being said, I have to wonder if our community is simply becoming more and more of a market segment to be marketed to and less and less of a movement for social justice. When I was honored to be named grand marshal of the NYC Pride March in 2005 — the first openly transgendered person to be grand marshal of the country’s oldest and largest pride parade — I don’t remember nearly this number of corporate groups marching in the parade. Far more disturbing, to my mind, is the number of corporations that have become sponsors of pride parades around the country. While parades are expensive to mount and organizing committees need funds to put on ever-larger events, the increasing corporate largesse means that our community is becoming ever more dependent on such corporations, with implications for the independence of our community and the ability of community leaders to speak out against corporate power (see, for example, “Corporate sponsorship of pride parades on the rise,”, by Brady McCombs, Associated Press, 27 June 2014). 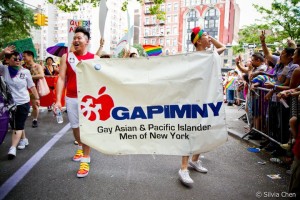 Wal-Mart is the largest and most powerful corporation in the country and along with Amazon is emblematic of the worst labor abuses in the system. I’m sure there are good people working at Wal-Mart and I think having an LGBT affinity group at Wal-Mart is a good thing. But seeing Wal-Mart marching in the parade cheek-by-jowl with community-based groups such as the Gay Asian & Pacific Islander Men of new York (GAPIMNY) and Q-Wave (for lesbian, bisexual and queer women and trans people) is more than a little jarring. Did the participants in the Stonewall Riots in June 1969 pick up paving stones in order to get more gay market share for Citibank and Wal-Mart? I hardly think so~! 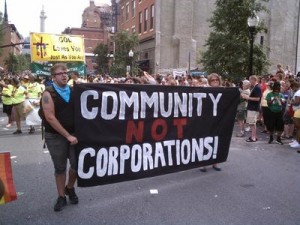