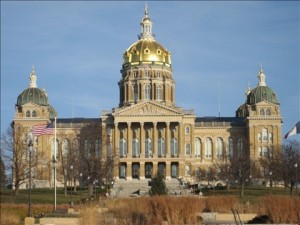 In November 2009, Iowa commemorated the first Transgender Day of Remembrance in the history of the state, and I  was honored to have been invited to speak at a number of events that were organized as part of that commemoration. The central event was the TDOR on the steps of the Iowa state capitol on November 20, organized by Sandy Vopalka, the executive director of Equality Iowa, and her colleagues at The Center (a project of Equality Iowa). In the speech I gave on the steps of the state capitol, I noted the enormous losses that the transgender community has suffered but also the gains. 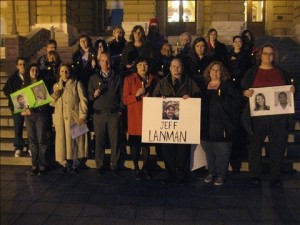 November 20: TDOR on the steps of the Iowa state capitol…

Preston Daniels — the first African American mayor of Des Moines who in March was appointed director of the Iowa Department of Human Rights — read a proclamation from Governor Chet Culver declaring the day Transgender Day of Remembrance in Iowa. The moving ceremony included mention of the suicide of Jeff Lanman, the transman who led the Transformations Iowa group until his death earlier in the year. Following the TDOR ceremony, participants reconvened at the Center for a potluck dinner. 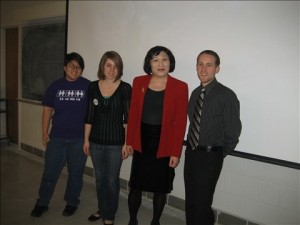 …at Iowa State University for the TDOR on campus…

Earlier on Nov. 20, I spoke at Iowa State University at a TDOR event organized by Brad Freihoefer, coordinator of the Office of LGBT Student Services — the only full-time LGBT student services coordinator at any college or university in the state — and his intern, Leah. Later in the afternoon, I spoke at Grand View University in Des Moines, courtesy of Dr. Carrie Berg, assistant professor of biology at Grand View and faculty advisor to the PRIDE student group. 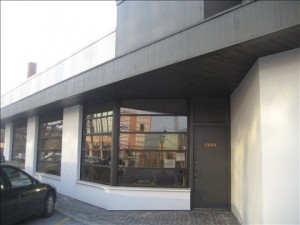 The other events of an event-filled week included a welcoming reception for me at The Center on Nov. 18 followed by a private meeting with Transformations Iowa (the transgender group that meets regularly at The Center) and screenings of “Envisioning Justice: The Journey of a Transgendered Woman” at the Center on Nov. 19 and 21. 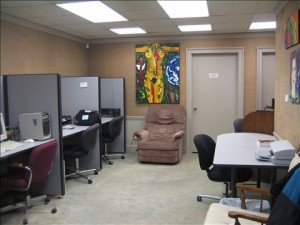 And on Nov. 22, there was yet another screening of the documentary about my life and work, hosted by the Interweave (LGBT) group at the First Unitarian Church of Des Moines, followed by a Q&A.

On No. 21, I joined Prof. Sandra Patton-Imani of Drake University in co-facilitating a workshop at Lambda Legal’s “Around the Table”: Iowa’s First Annual Summit of LGBT Families & Allies; our workshop on transracial and intercountry adoption featured a screening of Sandi’s interesting and worthwhile video on transracial adoption, “BirthMarks.”  Afterwards, I brought Hector Vargas and Simon Aronoff of Lambda over to The Center for a tour of the facility. 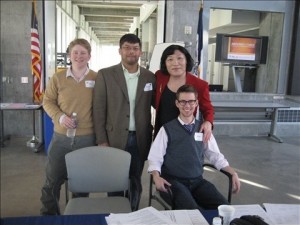 And did I mention the Ritual Café? Ritual is lesbian-owned, transgender-friendly, and only a block from The Center. A live music venue, Ritual has some of the best raspberry chocolate brownies on the planet. 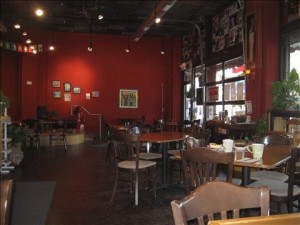 I also found time to take in the Des Moines Art Center and the Iowa State Historical Museum as well as the charming shops of the East Village in downtown Des Moines. 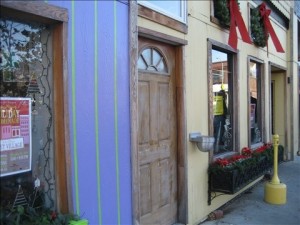 It was a wonderful week, and Sandy Vopalka of Equality Iowa deserves much of the credit for that. I feel honored to have been invited to participate in a historic event in the life of the LGBT community of Iowa. 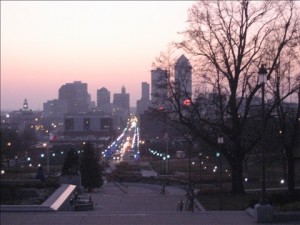 Des Moines downtown view from the steps of the state capitol…

One thought on “Iowa: a week of transgender events”