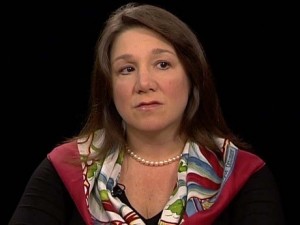 Before the violent suppression of the Green Movement by the Revolutionary Guards on the orders of the Supreme Leader Ayatollah Ali Khamanei after he stole the presidential election last year, the Leveretts were little more than an embarassment; but since the imprisonment, torture and murder of unarmed Iranian citizens by the Leveretts’ friends in power, the Leveretts are looking more like apologists for authoritarianism and murder.

Neither Flynt nor Hillary have any discernible credentials on Iranian affairs, other than their close friendship with the mullahs who run the country. True, both were once on the policy planning staff of the U.S. Department of State, but Richard Armitage, a former deputy secretary of State and once Flynt Leverett’s boss, has publicly questioned the origins of the fax that the Leveretts cite as evidence that the Iranian government was eager to reach a ‘grand bargain’ with the United States over nuclear proliferation. The provenance of the ‘Grand Bargain fax’ that the Leveretts tirelessly cite as conclusive evidence of the pacific intentions of the Iranian regime has been questioned even by the editor of Kayhan, an Iranian newspaper under the supervision of the Supreme Leader’s office, as Lee Smith points out (Grand Bargainers, Planet Iran.com, 2.24.10). “We are even a bit suspicious that the Swiss ambassador wrote that fax himself,” the newspaper’s editor has said. In other words, the central piece of evidence in the (very weak) case that the Leveretts make for a policy of engagement with Iran may well be a hoax, and the Leveretts themselves (who have close connections with the regime) may very well know that it’s a hoax.

Another senior policy maker from the same administration in which the Leveretts served, Richard Haass, has explicitly disavowed the Leveretts’ rosy view of the regime, writing in Newsweek in January 2010 that “we can no longer remain on the sidelines in the struggle for regime change in Iran.” Contrary to the Leveretts’ insistence that there is no evidence that the election was stolen, Haass (who has enormously more sense as well as experience in foreign policy than the two Leveretts put together) puts it quite simply: “The authorities overreached in their blatant manipulation of last June’s presidential election, and then made matters worse by brutally repressing those who protested.”

In stark contrast to the clear analysis of Richard Haass, the Leveretts offer clever non-statements that are impossible to call outright falsehoods, such as Hillary’s declaration that “It was eminently plausible that Ahmadinejad could win the election,” as Leverett stated in an interview with Charlie Rose on March 29. Such a statement is clever because it does not commit either Hillary or Flynt Leverett to an explicit assertion that Mahmoud Ahmadinejad actually won the presidential election last year, but nonetheless creates the impression that he did, though the Leveretts offer no evidence to support such assertions, other than referencing public opinion polls that they claim indicate popular support for Ahmadinejad both before and after the election at levels that ‘track’ with the vote tally announced by the government in the wake of the stolen election. But no credible public opinion survey can be conducted under an authoritarian regime when that same regime is imprisoning, torturing and executing those who dispute the poll results.

The nicest thing that one could say of them are that Flynt & Hillary Mann Leverett are ‘influence peddlers,’ as Lee Smith of Planet Iran.com called them, trading on their connections with the regime in order to advance their own peculiar and entirely self-interested agenda. As Smith points out in “Grand Bargainers,” the ‘background dinners’ which the Leveretts present as a kind of salon,” help to generate business for an energy and consulting firm called Stratega, whose CEO happens to be Hillary Mann Leverett.” In other words, the Leveretts have a direct financial stake in the business they generate with U.S. and Western companies operating in Iran and which they promote through their public statements on the current state of affairs there — hardly a disinterested analysis of the politics of the Islamic Republic. 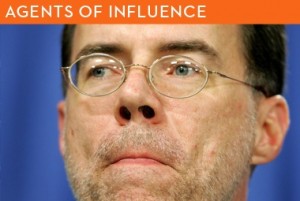 But the Leveretts are shameless in promoting an image of a benign regime with a smiling and popularly elected president as they take their talking points from press releases issued by the Iranian embassy in Washington and defend with as much gusto as they can the regime that has murdered its own people in a so far successful attempt to cling to power. The Leveretts’ key source of information about Iranian government and politics is apparently their co-author, Seyed Mohammad Marandi, “who has emerged as the Iranian government’s chief spokesperson in the English-language media,” as award-winning journalist Omid Memarian has pointed out. The reliance of the Leveretts on Marandi as a news source is no more credible than Judith Miller’s reliance on Scooter Libby — Vice-President Dick Cheney’s chief of staff — as her primary news source for stories about the nuclear threat posed by Saddam Hussein’s regime, plastered on the front page of the New York Times as the Bush administration beat the drums for war in the lead-up to the invasion of Iraq in 2003.

It is important for me as an openly transgendered woman of Asian birth to point out that the Islamic Republic of Iran has also executed gay teenagers for having engaged in consensual sex — acts of unjustified judicial murder that are not only profoundly immoral and that have prompted international condemnation, but which would seem to belie Ahmadinejad’s assertion that there are no homosexuals in Iran. The problem is not merely the homophobic Ahmadinejad, of course; the power of the president is limited by that of the Supreme Leader, the Ayatollah Ali Khamanei, who cannot be challenged in any election or removed by the judiciary or the people. Paradoxically, his predecessor, the Ayatollah Ruhollah Khomeini, actually issued a fatwah approving of sex reassignment surgery (SRS) for transsexuals in Iran; but the logic behind it was not at all transgender-supportive; Khomeini issued the fatwah because he was persuaded that surgical procedures could be used to change gay men into heterosexual women. Obviously, the fatwah was based on a number of serious misconceptions about sexual orientation and gender identity, but even though SRS is officially sanctioned in Iran, the reality of the lives of transsexual and transgendered people remains bleak, as portrayed in the documentary “Be Like Others,” about transgender life in Iran, where the regime of the mullahs persecutes transgendered and gender-variant people despite the option of SRS available to at least some.

What is particularly shameful about the Leveretts is that they give a bad name to those who argue against the growing drumbeat of war against Iran; while it is absolutely clear to me that the regime is incapable of reform as long as Khamenei and his cohort are in power, I also oppose military action against Iran by the United States or by Israel, which would only strengthen the regime now in power in Tehran. But neither the government of the United States nor the government of any other state can make effective policy unless it is informed by an accurate and probing analysis of the situation in Iran, including a comprehensive documentation of the massive human rights abuses committed by the regime; the influence-peddling Leveretts, trading on their connections with the mullahs to make money off the misery and oppression of the Iranian people, can do nothing but misinform policy-making.

One thought on “Flynt & Hillary Mann Leverett: Shilling for Iran”