& the London School of Economics

Of the three universities I’ve attended, I have a special affection for the the London School of Economics, where I did my master’s degree in 1982-83. Needless to say, I was as shocked as the rest of LSE’s alumni to discover that the alma mater I hold dear had taken millions of pounds from Libyan dictator Muammar Gaddafi (Guardian, 3.4.11), via Saif al-Islam Alqadhafi (alternatively transliterated as ‘Khaddafi,’ ‘Gaddafi,’ etc.), the son of the Libyan dictator.

The  scandal erupted in the wake of the uprising against Gaddafi’s 42-year rule by the Libyan people, who are fed up with the brutal and corrupt dictatorship.  Saif (or ‘Seif’) is the founder of the Gaddafi Foundation, which gave £1.5m to LSE after the school awarded a Ph.D. to the younger Gaddafi in 2008 (Sustainable Business Forum, 3.8.11) for a thesis he did not write . The scandal has already prompted the abrupt resignation of Sir Howard Davies, the first LSE director to be forced out of the school’s top leadership position. 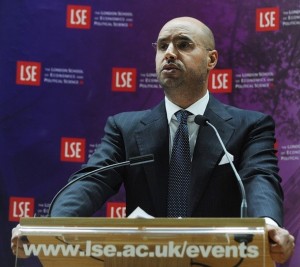 Seif al-Islam Alqadhafi, son of Libyan leader Muammar Gaddafi, addresses an audience at the London School of Economics in London on 25 May 2010.

The London School of Economics is widely viewed as one of the premier institutions of higher education in the United Kingdom, and its undergraduate admissions are even more competitive than those of Oxford and Cambridge. Regarded by many as perhaps the leading institution focused primarily on the social sciences in the world, LSE has alumni serving in the highest echelons of business and government throughout Europe, North America, Asia, Africa and the Middle East.

When I attended LSE way back in 1982-83, my M.Sc. course (‘program’ in American) in European studies had students from Germany, France, Switzerland, Greece, and throughout Europe; and the school had students from around the world. In fact, there were at the time and still are more students from outside the UK than there are ‘home’ students. LSE also boasts dozens of Nobel Prize winners among its faculty and alumni as well as scores of alumni prominent in all of the social sciences. 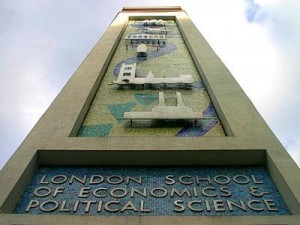 To be fair, the London School of Economics is not the only British institution of higher education forced to aggressively market itself abroad in the wake of budget deficits and declining government support for universities in the UK; and the same process is underway with state universities in the United States as well. “Eight leading British institutions, including Oxford, Cambridge and UCL, have received millions from the Saudi royals and from other Gulf sources to fund research or study centres,” as one defender of LSE has pointed out (Jenni Russell, London Evening Standard, 3.7.11). Nor is it just a case of Middle Eastern dictatorships using their oil wealth to try to appropriate the prestige of the most prestigious British universities: “The Chinese have provided half a million to help pay for Confucius Institutes at 10 UK universities,” notes the same commentator.

But as Emmanuel Akpang-Inwang has pointed out, the fall from grace of the London School of Economics is all the more dramatic, given that LSE was founded by Fabian Socialists to advance a progressive political agenda (the Guardian, 3.4.11); one cannot imagine that Sidney Webb, Beatrice Webb and George Bernard Shaw founded LSE in 1895 in order to sell doctoral degrees to brutal dictators. The failure of the school to ensure the integrity of its degrees may well have significant implications for LSE’s academic reputation as well as for its Fabian legacy of progressive politics. 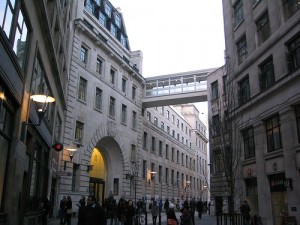 I regularly receive solicitations from the American Friends of the London School of Economics (AFLSE), the US alumni association, and I have given small amounts to the school over the years. But the next time I get a letter from AFLSE, I am going to tell them that I will no longer give to the association or to LSE itself until the London School of Economics thoroughly investigates and ends all of its ties with the Libyan dictatorship.