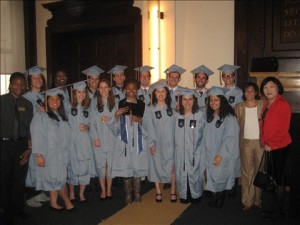 I’m honored by the invitation to speak here at the Columbia University Lavender Graduation and I’d like to thank the the Office of Multicultural Affairs for that invitation. And I’d especially like to thank Lea Robinson, the Manager of LGBTQ Advising & Programming and Assistant Director for Multicultural Affairs, for organizing my appearance here. I feel particularly honored to be the first commencement speaker at Lavender Graduation who is from outside of the Columbia community.  And let me say that I am really impressed by the work that OMA is doing here at Columbia to make the university a safer place for all students, including and especially those who identify as LGBT or queer.

I note with interest the Bias Response protocol that the OMA established here, as well as the constituency leaders meetings that OMA organizes. In February 2010, I gave a keynote speech entitled “Transgendering the Academy” at a conference in San Francisco called “Expanding the Circle: Creating an Inclusive Environment in Higher Education for LGBTQ Students & Studies.” in which I made some suggestions for how to make colleges and universities more transgender-supportive.

And I would like us all to fully appreciate the significance of this graduation ceremony itself — something that was inconceivable when I graduated from college way back in the Dark Ages.  When I was an undergraduate at the University of Wisconsin-Madison, there was no office of LGBT student services on any campus anywhere in the United States.  There was no LGBT studies program at any college or university, and queer theory had no place in the academy or academic discourse.

There are now LGBT student services coordinators and resource centers of various sizes and configurations on colleges across the country, and even a professional association for such staff — the Consortium of Higher Education Lesbian Gay Bisexual and Transgender Resource Professionals. 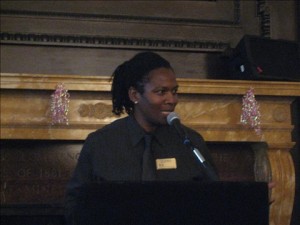 That being said, even at a university such as Columbia that recognizes the needs of LGBT students and supports them through resources such as the OMa, queer students may experience isolation, alienation, and humiliation, as was made so painfully obvious by the tragic suicide of Tyler Clementi last September, provoking deep sorrow as well as anger within the LGBT community not only at Rutgers University but nationally. How terribly sad that Tyler felt so humiliated by the experience to which he was subjected by his roommate that he was driven to take his own life, just as he was preparing to debut as a soloist with the Rutgers Symphony Orchestra a few weeks later. I played violin in my junior high and high school orchestras and chamber orchestras, and perhaps for that reason as well as others, I felt a special connection with Tyler when I heard about his suicide and untimely death. 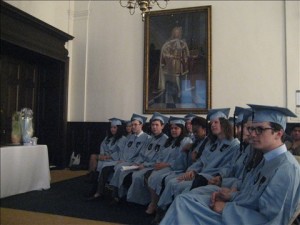 While it is impossible to anticipate every possible situation of potential bullying, we can mandate sensitivity training and implement guidelines that greatly reduce the bias-based harassment that so many students face in schools — and sadly, even on college campuses — in New York, New Jersey, and throughout the country. 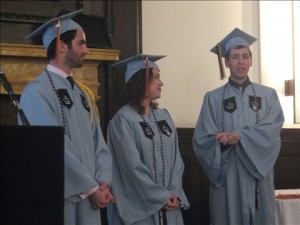 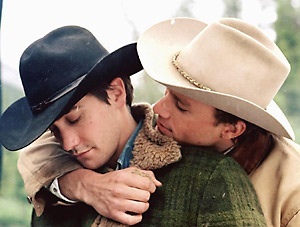 The philosopher who most inspired the Mahatma was Henry David Thoreau, the 19th century New England transcendentalist philosopher. Thoreau might well have been thinking of Ennis Del Mar and Jack Twist in “Brokeback Mountain” when he wrote that “the mass of men lead lives of quiet desperation.” While Thoreau’s “Walden” long predates Annie Proulx’s short story and the Ang Lee film based on it, Thoreau’s magnum opus remains as relevant today as was published in 1854.

In “Walden,” Thoreau poses basic questions that we all face as human beings: What is life and how shall we live it? Thoreau offers this answer: “I did not wish to take a cabin passage, but rather to go before the mast and on the deck of the world, for there I could best see the moonlight amid the mountains. I do not wish to go below now.” 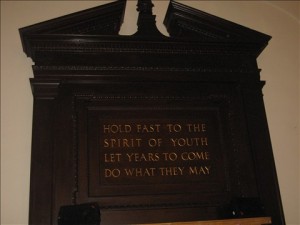 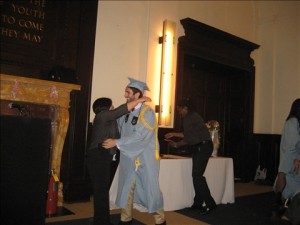 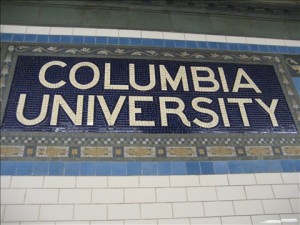