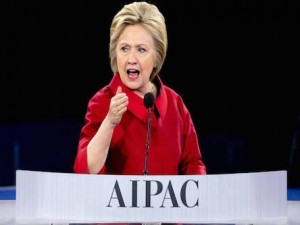 Hillary Clinton’s supporters depict her as a courageous feminist trying to advance a daringly progressive agenda in the face of Republican opposition; the truth is actually quite the opposite: Hillary is an anti-feminist who has always pursued an anti-progressive agenda from her earliest days as a ‘Goldwater girl.’

Of course, the question is not where Hillary started out but where she has ended up and what she’s been doing along the way, and a comprehensive assessment would need to take account her record as First Lady of Arkansas and the United States as well as U.S. Senator and secretary of state – most notoriously in Hillary’s crucial role in advocating for the 1994 crime law that helped accelerate the mass incarceration of people of color as well as her public advocacy for the 1996 Republican welfare reform bill signed into law by Bill Clinton that further impoverished millions of poor women and children, disproportionately people of color

(Michelle Alexander, “Hillary Clinton Doesn’t Deserve the Black Vote,” the Nation, 2.10.16)  And of course,Hillary notoriously used a racist ‘dog whistle’ when she was running against Barack Obama in 2008, when she cast herself as a champion of ‘hard-working white Americans’ (Richard Prince, “Hard Working… White Americans,” Maynard Institute, 5.8.08).

In 2000, a group of transgender activists of which I was a member tried to get a meeting with Hillary both before her election to the Senate and then again after she won in November; her staff refused both requests, even declining to offer a low-level staff member to meet with us to discuss transgender discrimination issues; the second time around, of course, we were not just voters, but constituents of the newly elected Senator, whose refusal to meet with us or even explain her refusal to meet with us alienated not just me but the mostly African American transwomen who were part of our group as well.

Hillary’s interview with Lesbian & Gay New York (now ‘Gay City News’) during her 2000 Senate campaign is revealing. LGNY’s editor had asked me if I could suggest a transgender-specific question to pose to her; I suggested that the editor ask her if she would commit to supporting transgender inclusion in the Employment Non-Discrimination Act (ENDA) and the federal hate crimes bill. Hillary’s response in the Oct. 4 interview was to dismiss the very issue of transgender discrimination altogether, despite the fact that transgendered people suffer pervasive discrimination, transgendered people of color in particular (Paul Schindler, “Hillary Clinton Talks to Paul Schindler, 2000“).

In an echo of her dismissive attitude in October 2000, in May 2016, Hillary refused to respond to a questionnaire from Trans United – whose leader has actually endorsed her – though the Sanders campaign completed the questionnaire on time (Kevin Gosztola, “Transgender Group ‘Perplexed’ At Why Clinton Won’t Fill Out Questionnaire,” Shadowproof, 5.24.16).

Hillary’s shoddy record on LGBT rights goes all the way back to 1993, when Bill Clinton signed ‘Don’t Ask, Don’t Tell’ into law with her support; in 1996, he signed the Defense of Marriage Act (DOMA) into law also with her support. Hillary only came out for same-sex marriage when she began her second campaign for president and after Barack Obama publicly supported it.

Hillary’s record on women’s issues is also shameful. Obama has deported more than twice as many undocumented immigrants as George W. Bush and by some counts, more than all previous presidents combined, prompting La Raza to call him the ‘Deporter in Chief.’ Hillary fully supported those deportations as secretary of state and did not begin to distance herself from these deportations until she began her campaign for president (Betsey Woodruff, “Hillary Clinton’s Child-Deportation Flip-Flop,” Politico, 3.11.16). As secretary of state, Hillary also supported the 2009 coup d’état that overthrew the democratically elected President Manuel Zelaya of Honduras that brought a brutal military dictatorship to power and supported the junta despite its persecution of feminists, artists, LGBT people, indigenous people, environmental activists and political dissidents; she persuaded Obama to resume US aid to Honduras despite the fact that it was a violation of US and international law. In March 2016, Berta Cáceres was assassinated almost certainly on the orders of the junta (“Remembering Berta Cáceres , Assassinated Honduras Indigenous & Environmental Leader,” Democracy Now, 5.4.16). A leading environmental and indigenous rights activist, Cáceres held Hillary personally responsible for the violence and repression under the junta (“Before Her Assassination, Berta Cáceres Singled Out Hillary Clinton for Backing Honduran Coup,” Democracy Now, 5.11.16). 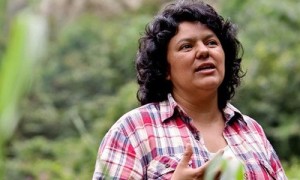 Hillary also supported the coup d’état that has plunged Egypt into an abyss of corruption, brutal repression and despair (Yahia Hamed, ”Egypt’s coup has plunged the country into catastrophe,” Guardian, 3.16.14). As in Honduras, Obama and Hillary resumed US aid to Egypt in direct contravention of US law, which prohibits continuing aid to a military junta brought to power in a coup.

In Libya, Hillary notoriously spearheaded a disastrous intervention, repeating the folly of Bush’s 2003 invasion of Iraq (which she voted for), decapitating the regime and leaving a power vacuum which al-Qaeda and ISIS (‘Da’esh’) have filled.

As secretary of state, Hillary approved the brutal crackdown on the popular uprising in 2011 by the despotic Bahraini regime which teven arrested, imprisoned, tortured and murdered doctors and nurses who tended to wounded pro-democracy activists who participated in the uprising.

Hillary also encouraged Saudi Arabia’s war crimes in Yemen in a war that continues to this day with the support of the Obama administration, with Saudi fighter jets dropping bombs on hospitals, schools and apartment buildings (“As Saudis Continue Deadly Bombing of Yemen, Is Obama Trading Munitions for Riyadh’s Loyalty?,” Democracy Now, 4.21.16). One investigation revealed that

Saudi Arabia’s record on human rights not only did not improve during Hillary’s tenure as secretary of state but actually worsened. 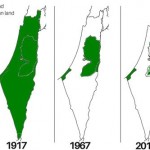 Hillary’s supporters claim she is the most qualified person ever to run for president, but a candidate who slanders the movement for justice and human rights for all in Israel/Palestine with false allegations of anti-Semitism has fully disqualified herself as a candidate for any public office, let alone that of president of the United States (Maggie Habermas, “Hillary Clinton Criticizes Group Advocating Boycott Against Israel,” New York Times, 5.10.16). Michelle Goldberg aptly called Hillary’s speech at the America Israel Public Affairs Committee (AIPAC) convention on March 21 ‘a symphony of craven, delusional pandering’ (Michelle Goldberg, “Hillary Clinton’s AIPAC Speech Was a Symphony of Craven, Delusional Pandering,” Slate, 3.21.16) (Ryan Teague Beckwith, “Read Hillary Clinton’s Speech to AIPAC,” Time, 3.21.16)

Even beyond Hillary Clinton’s colossal failure as secretary of state and her outrageous support for Israeli apartheid and genocide is the issue of her character, and her willingness to subvert the law and lie repeatedly about her many violations of it should be troubling to anyone who thinks that the character as well as the judgment of a president matters. Hillary is the only secretary of state ever to have set up a private server secretly in the basement of her house in order to evade clear State Department rules and then attempt to mislead the public about the subterfuge, violating the Federal Records Act in the process; her refusal to meet with the Inspector General of the State Department as indicated in his May 25 report is as disturbing as her violation of department policy (Julian Hattem, “Watchdog: Clinton, top aides did not comply on records policy,” The Hill, 5.25.16). Destroying government documents is a serious crime and repeatedly lying about such behavior is an indictment of Hillary’s behavior (A.J. Vicens, “State Department Inspector General Finds Hillary Clinton Violated Recordkeeping Rules,” Mother Jones, 5.25.16).

Hillary is now viewed rightly by an overwhelming majority of Americans as dishonest and untrustworthy (Amy Chozick, “Emails Add to Hillary Clinton’s Central Problem: Voters Just Don’t Trust Her,” New York Times, 5.25.16). Part of that perception may be because of her corruption. Since leaving office as president and secretary of state, Bill and Hillary Clinton have cashed in on public office in a way absolutely unprecedented in American history. Hillary alone has received more than $22 million in speaking fees, while Bill Clinton has earned more than $132 million in speaking fees, in addition to book royalties and other income (Amy Davidson, “Bill Problems: As Donald Trump attacks both Clintons, it’s like 1992 all over again,” New Yorker, 6.6.16). ‘Hillary for America’ has received $147,840 in direct contributions from 65 fossil fuel lobbyists and $2,502,740 in bundled contributions (Charlie Cray, Fossil Fuel Lobbyists’ Contributions to the Clinton Campaign, Greenpeace.org, 4.22.16). 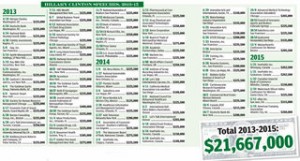 Hillary Clinton and Donald Trump are now both using the other as a bogeyman with which to frighten wavering voters, in part because they have the highest unfavorable ratings of any Democratic or Republican presidential nominee in history. I intend to vote for Jill Stein in November not merely as a ‘protest’ vote but as an expression of my values and the principles of progressive politics that are at the heart of my own activism and life’s work. A vote for Hillary Clinton would be nothing less than a betrayal of progressive principles and the social justice that I have been pursuing for over twenty years now. 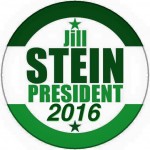 Pauline Park led the campaign for the transgender rights law enacted by the New York City Council in 2002 and participated in the first US LGBTQ delegation tour of Palestine in 2012; Park did her M.Sc. in European studies at the London School of Economics & Political Science and her Ph.D. at the University of Illinois at Urbana-Champaign.