Danni Askini: Trump’s first trans refugee is seeking asylum in Sweden: here’s why you should care
by Pauline Park

The word ‘refugee’ conjures up images of people of color fleeing war, persecution and poverty in the Middle East, Africa and other poor and war-torn regions of the world; someone like Danni Askini would be the last person whose image would come to mind, especially in Sweden: she’s an attractive young blonde and would blend right in on any street in Stockholm, which is where she is now; she’s also an American citizen, born and bred; but Danni may well be the first refugee to flee persecution from Donald Trump’s homophobic and transphobic administration to a country far wealthier per capita than the United States.

Trump may be escalating his war on the lesbian, gay, bisexual and transgender (LGBT) community, as indicated by a memo circulating in the Department of Health & Human Services (HHS) leaked to the New York Times last month that indicates an intention to try to fix a definition of gender in Title IX on sex assigned at birth (21 October 2018); I do not believe that that attempt will ultimately succeed, but it is a clear indication of the intense animus being directed by the Trump administration — no doubt at the instigation of Christian fundamentalists in the White House — above all, Vice-President Mike Pence.

“Filing for asylum in Sweden was absolutely the right thing to do… I can be myself in Sweden without fear of violence or discrimination. Migrationsverket [the Swedish Migration Agency] has reassured me that they have not found my application manifestly unfounded as a recent European Court of Human Rights ruling says that Sweden does not have a parliament- approved a list of ‘safe third countries’ (i.e. the USA) and thus they will fully examine my application. I will be going through the normal asylum process. My hearing in November is a more detailed intake hearing — however, they still view the USA as a ‘functioning democracy’ and thus, I will have an uphill battle,” Danni posted on her Facebook page on Oct. 16, adding, “I have lost everything in the USA, the price of safety was immense, and I have spent 3 months homeless and in daily terror. This was not some extravagant holiday or vacation despite posting pretty pictures.”

Lest you think Danni’s case is irrelevant to your life, consider Trump’s broadsides against the LGBT community here; few of us are likely to have to flee for their lives as Danni has, but it is incumbent on the LGBT community and allies here in the US to support Danni’s asylum case by demanding that US-based and international LGBT advocacy and human rights organizations — such as the Human Rights Campaign (HRC), the National LGBTQ Task Force, the National Center for Transgender Equality (NCTE), Amnesty International and Human Rights Watch (HRW) — actively support her application for asylum in Sweden by demanding that Migrationsverket (the SWA) approve Danni’s application.

Sweden has taken in more refugees and migrants per capita in the last decade than any other European country by far, which has provoked a right-wing backlash from white nationalists and has made the government ever more cautious about taking in more migrants; Danni Askini has fled to Sweden from a country that the SWA has not heretofore considered a source of refugees. Danni’s hearing with Migrationsverket is this month, so it is urgent and imperative that those who are in a position to contact LGBT advocacy organizations, human rights organizations, members of Congress, the media (here and in Sweden) and the SWA itself do so as soon as possible. Danni’s fate is important to me because she is a dear friend and an effective activist who has done incredibly important work on behalf of the transgender community in Washington State and nationally; but her case should be important to everyone in the US LGBT community because a successful application for political asylum in Sweden would set an important legal precedent for those fleeing persecution in the US for more progressive European and non-European countries, should the need ever arise for those of us now challenging the Trump administration’s attack on our community from the comfort of our homes in the US. 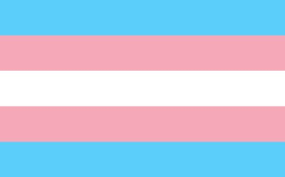 Pauline Park is an LGBT and human rights activist who led the campaign for the transgender rights law enacted by the New York City Council in 2002.

This op-ed was published in the Washington Blade and the Los Angeles Blade on 21 November 2018.